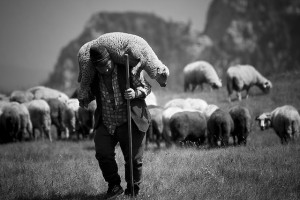 We serve a Master with the heart of a servant. I love that about Jesus. He, the Son of God, the King of Kings and Lord of Lords washed the disciples feet. He cared for them as He cares for us.  He fed the multitudes, He healed the sick, He delivered the bound and set the captives free!  Praise God He is still doing this today!

His heart has always been tender toward those who seek Him. He longs for fellowship and intimacy with those who call on His name. When I read John chapter 21 last night I couldn’t help but think of just how much He loves His church. Just as a loving parent, in the latter days of their life, wants to do what they can to ensure their children and grandchildren will be prepared and looked after after they depart, Jesus did the same.

After His resurrection from the dead, He appeared three times to His disciples. Though His throne awaited Him, though His reunion with the Father awaited Him, He wanted to ensure His church would be taken care of!

John 21 After these things Jesus showed Himself again to the disciples at the Sea of Tiberias, and in this way He showed Himself: 2 Simon Peter, Thomas called the Twin, Nathanael of Cana in Galilee, the sons of Zebedee, and two others of His disciples were together. 3 Simon Peter said to them, “I am going fishing.”

They said to him, “We are going with you also.” They went out and immediately got into the boat, and that night they caught nothing. 4 But when the morning had now come, Jesus stood on the shore; yet the disciples did not know that it was Jesus. 5 Then Jesus said to them, “Children, have you any food?”

They answered Him, “No.”

6 And He said to them, “Cast the net on the right side of the boat, and you will find some.” So they cast, and now they were not able to draw it in because of the multitude of fish.

7 Therefore that disciple whom Jesus loved said to Peter, “It is the Lord!” Now when Simon Peter heard that it was the Lord, he put on his outer garment (for he had removed it), and plunged into the sea. 8 But the other disciples came in the little boat (for they were not far from land, but about two hundred cubits), dragging the net with fish. 9 Then, as soon as they had come to land, they saw a fire of coals there, and fish laid on it, and bread. 10 Jesus said to them, “Bring some of the fish which you have just caught.”

11 Simon Peter went up and dragged the net to land, full of large fish, one hundred and fifty-three; and although there were so many, the net was not broken. 12 Jesus said to them, “Come and eat breakfast.” Yet none of the disciples dared ask Him, “Who are You?”—knowing that it was the Lord. 13 Jesus then came and took the bread and gave it to them, and likewise the fish.

14 This is now the third time Jesus showed Himself to His disciples after He was raised from the dead.15 So when they had eaten breakfast, Jesus said to Simon Peter, “Simon, son of Jonah, do you love Me more than these?”

18 Most assuredly, I say to you, when you were younger, you girded yourself and walked where you wished; but when you are old, you will stretch out your hands, and another will gird you and carry you where you do not wish.” 19 This He spoke, signifying by what death he would glorify God. And when He had spoken this, He said to him, “Follow Me.”

20 Then Peter, turning around, saw the disciple whom Jesus loved following, who also had leaned on His breast at the supper, and said, “Lord, who is the one who betrays You?” 21 Peter, seeing him, said to Jesus, “But Lord, whatabout this man?”

22 Jesus said to him, “If I will that he remain till I come, what is that to you? You follow Me.”

23 Then this saying went out among the brethren that this disciple would not die. Yet Jesus did not say to him that he would not die, but, “If I will that he remain till I come, what is that to you?”

24 This is the disciple who testifies of these things, and wrote these things; and we know that his testimony is true.

25 And there are also many other things that Jesus did, which if they were written one by one, I suppose that even the world itself could not contain the books that would be written. Amen.

Jesus wanted to ensure that Peter, one of the founding members of the body of Christ, the Church, would continue His work. He wanted to ensure that the lambs (new believers) would be fed (nurtured) with  the message of the gospel so that they could grow into sheep.
He wanted to ensure that His followers (sheep)  would be tended to or taken care of just as Christ took care of them when He walked with them.  And lastly He wanted to ensure that His followers (sheep) would be fed. That they would continue to be fed the Word of God and the sharing of the gospel in order that the good news would be spread throughout all the world. Well fed sheep are less likely to wander off into other pastures!
Jesus, just like a loving parent, wanted to ensure that His disciples would continue to fulfill the purposes of God by spiritually feeding and tending to His lambs and sheep. He didn’t leave until He had done so.  Until He had fed His disciples and reminded them yet one more time to take care of the lambs and sheep. He knew their natural propensity to forget what was important and wanted to tend to them and remind them one more time!
That is the heart of the One we serve! That blesses me and makes me sad all at the same time! To be loved by One that loves us that much is truly awesome!
Our Shepherd loves His herd and we like Peter, have a responsibility to feed His lambs, tend His sheep and feed His sheep. We too are His disciples. Every one of us that call Him Savior and Lord share this responsibility.
It is a blessing and a privilege to serve Our Shepherd! Let’s remember His words to Peter as we start each day!
Blessings!