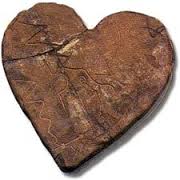 Have you ever wondered after seeing Jesus perform so many miracles in front of their eyes and giving them the ability to do the same, the disciples could  still doubt His ability to do more? In the book of Mark we see Jesus sending out the twelve men in pairs after giving them power over unclean spirits. They were told to take nothing for their journey, as God would provide. They obeyed and did as He commanded. Mark 6:12,13 NKJV12 So they went out and preached that people should repent. 13 And they cast out many demons, and anointed with oil many who were sick, and healed them. They saw multiple people saved, delivered and healed before their very eyes. They were witnessing first hand the miraculous power of the Spirit of God!

Yet as we continue in the same chapter when faced with the need for another miracle, they seem to have forgotten that with God all things are possible! Mark 6:31-44 NKJV31 And He said to them, “Come aside by yourselves to a deserted place and rest a while.” For there were many coming and going, and they did not even have time to eat. 32 So they departed to a deserted place in the boat by themselves.33 But the multitudes saw them departing, and many knew Him and ran there on foot from all the cities. They arrived before them and came together to Him.34 And Jesus, when He came out, saw a great multitude and was moved with compassion for them, because they were like sheep not having a shepherd. So He began to teach them many things. 35 When the day was now far spent, His disciples came to Him and said, “This is a deserted place, and already the hour is late. 36 Send them away, that they may go into the surrounding country and villages and buy themselves bread; for they have nothing to eat.”37 But He answered and said to them, “You give them something to eat.”And they said to Him, “Shall we go and buy two hundred denarii worth of bread and give them something to eat?”38 But He said to them, “How many loaves do you have? Go and see.”And when they found out they said, “Five, and two fish.”39 Then He commanded them to make them all sit down in groups on the green grass. 40 So they sat down in ranks, in hundreds and in fifties. 41 And when He had taken the five loaves and the two fish, He looked up to heaven, blessed and broke the loaves, and gave them to His disciples to set before them; and the two fish He divided among them all. 42 So they all ate and were filled. 43 And they took up twelve baskets full of fragments and of the fish. 44 Now those who had eaten the loaves were about five thousand men.

So soon after witnessing miracles with their own eyes, they forgot that Jesus was more than capable of a task such as feeding a huge crowd. As we continue through the chapter we see their belief in His supernatural ability tested yet again.

Mark 6:45-51 NKJV 45 Immediately He made His disciples get into the boat and go before Him to the other side, to Bethsaida, while He sent the multitude away. 46 And when He had sent them away, He departed to the mountain to pray. 47 Now when evening came, the boat was in the middle of the sea; and He was alone on the land. 48 Then He saw them straining at rowing, for the wind was against them. Now about the fourth watch of the night He came to them, walking on the sea, and would have passed them by. 49 And when they saw Him walking on the sea, they supposed it was a ghost, and cried out; 50 for they all saw Him and were troubled. But immediately He talked with them and said to them, “Be of good cheer! It is I; do not be afraid.” 51 Then He went up into the boat to them, and the wind ceased. And they were greatly amazed in themselves beyond measure, and marveled.

Jesus gave them yet another opportunity to witness His power!

So how is it that after witnessing people being saved, delivered and healed before their very eyes that they didn’t consider His power to multiply food to feed the crowd or walk on water?  Mark 6:52 gives us our answer.52 For they had not understood about the loaves, because their heart was hardened.   Wow! That is the explanation in a nutshell. Before we get too critical of the Apostles we must take a good look at our own hearts. How many times have we seen God answer prayer, move mountains, save, deliver and heal others and yet find ourselves in a place where we doubt His ability? We too forget that He is the King of King and Lord of Lords, He is our Healer, Deliverer, Savior, Counselor, Friend and more than capable of handling any situation we may find ourselves in! We have only to put our trust in Him to come through. Without faith it is impossible to please Him and therefore we MUST believe that He is and that He is a rewarder of them that diligently seek Him!

Lord please forgive us for having a hard heart. Forgive us for not believing that with You all things are possible, as Your Word tells us! Forgive us for doubting Your love for us and Your ability to work all things out for good in our lives. Give us a tender, trusting heart that relies solely on You for the impossible in our lives. Help us step out if faith and believe that You are who Your Word says You are! We ask this in your beautiful name,

2 thoughts on “Time for an spiritual EKG?”